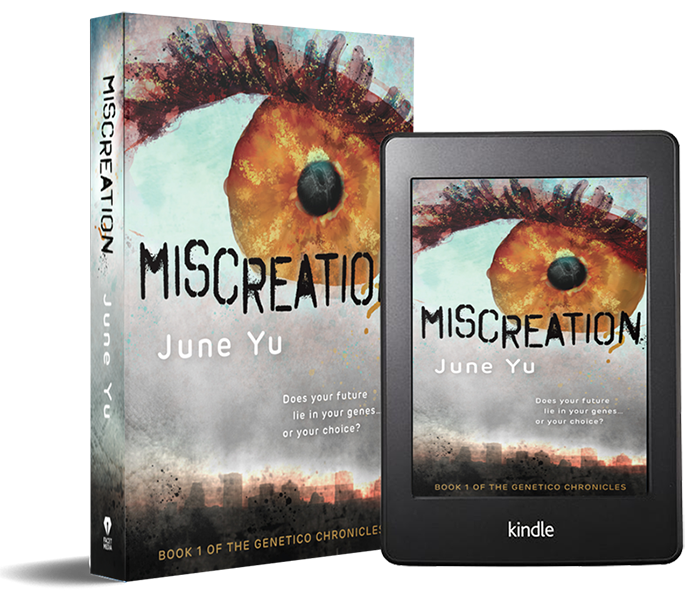 Explore the Genome Age
in this stunning YA science fiction novel Miscreation?

“This is a fast-paced and engaging post-apocalyptic tale, well-suited to teens who loved The Divergent Series…”
– One More Page Podcast

Does your future lie in your genes or your choice?

*
The year is 2077 and it’s now the Genome Age, where humans, plants and animals have been genetically modified to create a new world. All genetic advances are tightly controlled by a powerful government department, Genetico.

Enter the brilliant fifteen-year-old Natalia with genetic predispositions for both science and music. She discovers the choice to follow her father comes at a cost.

Meanwhile, her mother’s hiding a genetic timebomb that’s just about to go off.

Then there’s the underground cadre that wants to expose the government secrets of the Genome Age.

But the question is: what do you do with Miscreations—the genetic experiments gone wrong? Especially when they have powers you don’t understand…

Miscreation? is a young adult science fiction novel. It explores a genetically engineered world where technology creates as many problems as it solves and cannot deal with the pain and prejudice in the human heart. For lovers of future worlds and people interested in the relationship between science and people.

GET 2 FREE BONUS CHAPTERS
when you sign up
for the What If Report,
my author newsletter.

Enter your details to get subscriber-only special offers, invitations and bonus content. I’ll send you stuff every few weeks.

“A compelling SF story. It’s a real pleasure to see a hard SF story for YA, as there have been so few good examples lately. The characters and story premise are strong and the style engaging.”

“I love a good dystopian novel and I know this is one I would have loved as a teenager.”

“A unique and fascinating idea and this theme will really appeal to YA readers. A lot of great twists and the ethical dilemmas were particularly interesting. A story that really kept me reading to the end.” 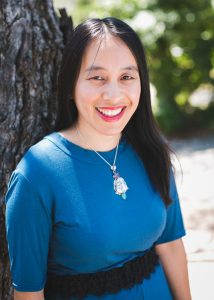 June writes an average of 1000 words a day for her copywriting business clients. She hopes eventually to make that at least 1000 words a day on sci fi and fantasy novels. Young at heart, she remembers the joys and agonies of being 15 years old and consumes a crazy amount of YA fiction with characters in that age bracket. Her goal is to write about serious subjects and questions for teens in a way that is fun, meaningful and relevant for them (and maybe some adults will enjoy it too). Go forth and learn more…