Thank you awesome readers and launchers! 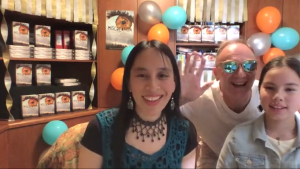 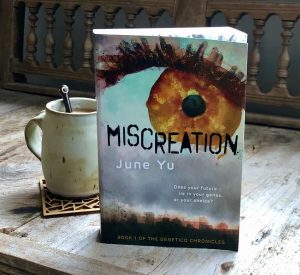 Thanks to designer Danielle Bluff for her arty pic 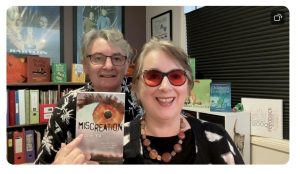 Despite a last-minute panic about possible Zoombombers streaming inappropriate material and a frantic upgrade to Zoom webinar to avoid this, it was lots of fun. Thanks to everyone for the impromptu brainstorming on your genetic predispositions, the Quizizz fun and making the effort to be genetics/ science-themed!

The YA/ SFF/ Indie Publishing Quiz

I was a little worried the quiz would favour my writer friends. But that turned out to not quite be the case with quite a few non-writing competitors in the Top 10 (including one friend who says she hasn’t read a book in 20 years – SACRILEGE – but I will forgive her). Here are some highlights from the quiz:

Here was the final leaderboard – I only did Top 10 to avoid embarrassment for others. 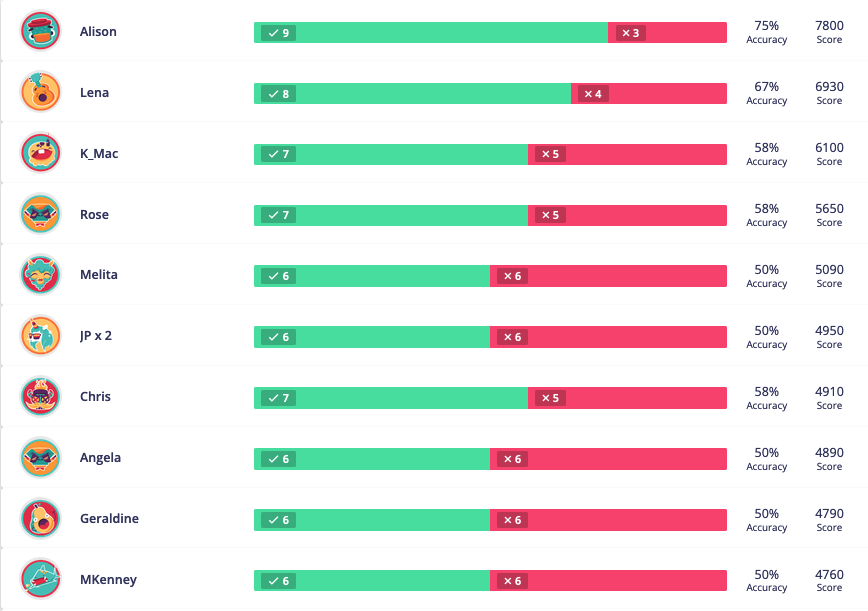 Here are the prizes and a couple of the winners! 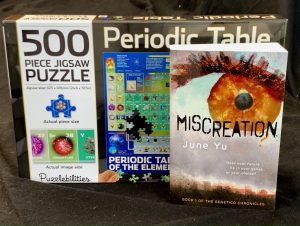 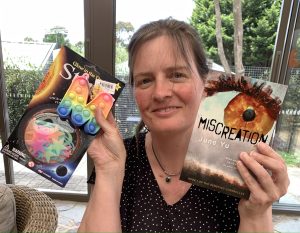 Prize Pack 2 with Michelle the Winner! 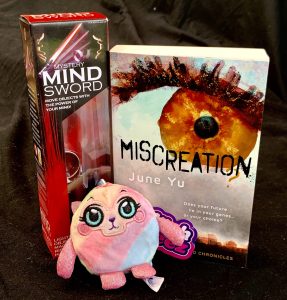 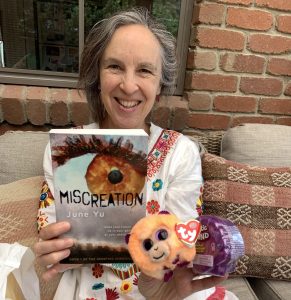 Prize Pack 3 with Alison the Winner! 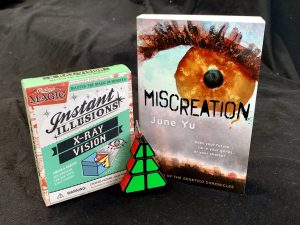 Prize Pack 2 – Miscreation? book + M for Miscreation rainbow pop it keyring + Glow in the Dark Stars to bring the universe to your home.
CONTEST: Miscreation? Trivia Question. For the correct answer to the question: “According to Marcia, what is the ultimate renewable resource?” (If you want to know the answer, read the book, haha.)
WINNER: Michelle Kenney

Prize Pack 3 – Miscreation? book + Mystery Mind Sword for the telekins in the room* + Genetically engineered Rainbow Penguin with Enhanced Ears*.
CONTEST: YA/ Scifi/ Self-publishing Quiz
RUNNER-UP: Lena Johnson (all the way from the US!)

And a huge thank you to Sal De Freitas who hosted an in-person WA Book Launch at her place. I streamed in via Zoom and had an awesome chat about writing, creative inspiration and indie publishing! Sal went all out with genetics-inspired catering. 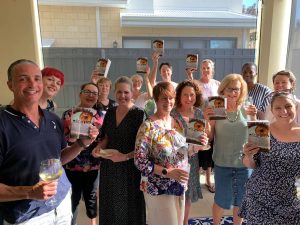 Thank you to everyone here who bought a book! 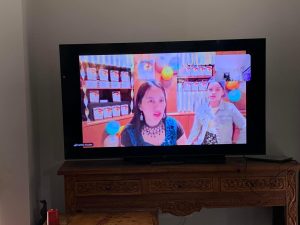 So that’s what I look like from the other side… 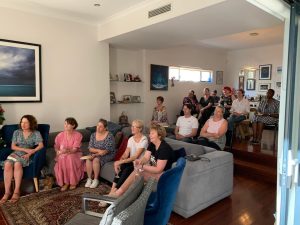 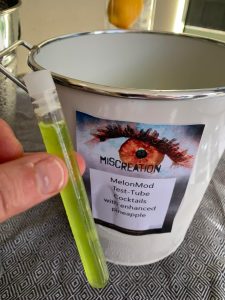 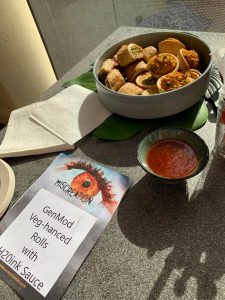 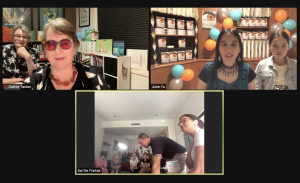 Our view of Sal’s living room

You’re invited to join the What If conversation

Don’t miss a blog! Sign up to the What If Report. It will travel the ether to your inbox every three weeks with the latest blog posts related to science, genetics, ethical dilemmas and other bits and pieces.